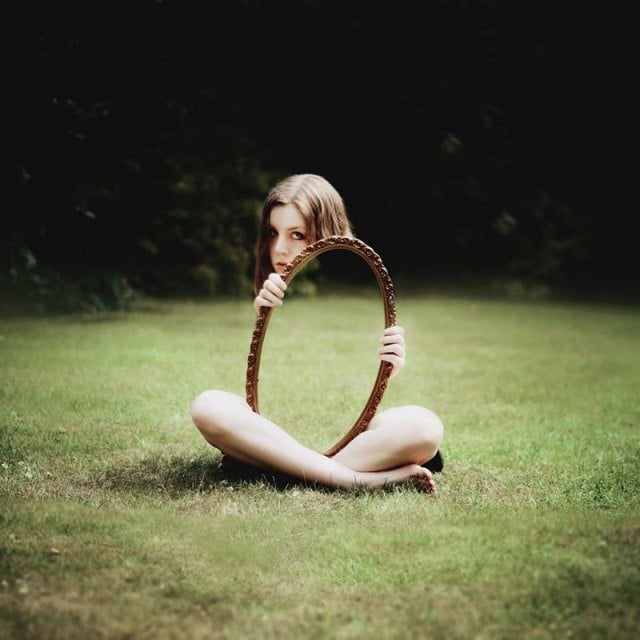 Loss reminds us of the power held by significant people in our lives. When our loved one dies, we are overcome with emotion. We feel the deep sadness of loneliness engulf us like an impenetrable fog, and we have trouble imagining a future without our person. For those people with considerable impact on our life, there is an even deeper level of loss we may experience.

Sarah revealed much about her relationship with Josh when she told me she had lost herself when she lost Josh. As we unpacked her thoughts Sarah shared about how she felt most alive when she was with Josh, and about how being around him made her feel connected with something larger and more significant.

For Sarah, Josh was a mirror. We all have people in our lives who reflect back to us what they see in us and inspire us to become the best possible version of ourselves we can be. The way Josh spoke to Sarah; the way he looked at her, and the way he treated her was how he reflected the value he saw in Sarah. For the decade and more of years Sarah had Josh in her life she enjoyed how it felt to be known intimately, accepted without judgment, and loved without condition. Life felt better because Josh made it better.

Sarah became accustomed over the years to finding her worth and value in Josh as her mirror, and gradually her dependence on Josh as the source of truth for how Sarah defined herself increased. If she wanted to know the truth about Sarah, she would go to Josh for the answers. Sarah felt safe when Josh was close by and confident because Josh was consistently reflecting for Sarah the amazing person he saw in her.

Sarah’s relationship with Josh was perfect until it wasn’t. When Josh died suddenly, Sarah’s emotional world came apart. As the overwhelming emotional pain slowly morphed into a dull ache, Sarah was left with an emptiness she had trouble recognizing at first. She began to realize that when she was with certain people, she felt more valuable, but alone she struggled and felt increasingly worthless. Sarah confided in me, “When I lost Josh, I lost myself.” As we talked about her revelation, she concluded that maybe she had not lost herself, but that she had lost her mirror. Living without Josh, Sarah was missing her reflection.

Sarah asked me a thoughtful question, “How do I find my “self” again?” I assured Sarah that her “self” was intact and still where it had always been, and maybe what she needed was a new and healthier way to see it.

Deep in our core there exists a place where we hold the truth about us. For people of faith, we believe that truth was written there before we were born when our creator wrote it within us. Then on the day we were born the significant people in our lives began writing alongside our creator’s truth by the way they related to us. Often what they wrote was in direct alignment with what God says is true about us, and at other times it was in direct opposition to God’s truth. Consequently, we came to live with ideas and concepts about ourselves that were not all true. Our challenge became discerning which beliefs we lived by were actual truth and which were lies.

It was time for Sarah to do the hard work of going deep into her core to discern for herself what was truth and what was not. She grieved the loss of Josh who had helped her see her worth and value, and Sarah decided that getting back in touch with her creator might help her re-establish a solid foundation for worth and value. Over time she began to realize her faith could provide a trustworthy reflection template against which she could measure the reflections of others in her life.

Sarah’s journey of grief and loss has been painful, but it is leading her to deeper and more meaningful ways of discovering the amazing person and purpose that is Sarah. Loss changes us, but not always to destructive and meaningless ends.

Refer to the document in Member Resources titled, “CORE Exercise” for a template to do this work yourself.